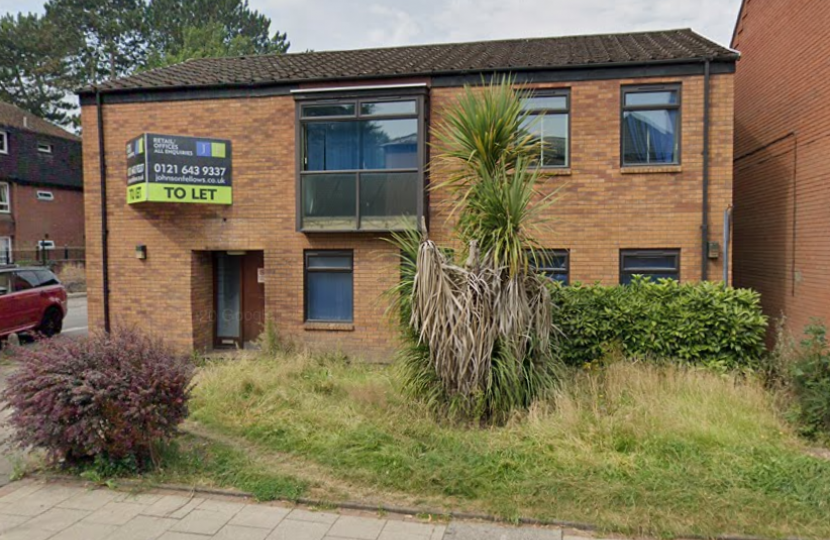 A local council candidate in Tettenhall has raised serious concerns about the safety of the former police station site on the High Street, after seeing evidence of trespass and criminal damage.

Ellis Turrell, who is the Conservative candidate for Tettenhall Wightwick in the city council elections, is working with local councillors to highlight concerns that are shared by residents in the village.

The former police station closed several years ago, and was sold off at auction in September 2019. Since then, the back wall of the site has been knocked down and windows have been smashed in an apparent attempt to gain entry to the building.

Mr Turrell also says he has seen evidence of people accessing a small outbuilding at the back of the site. Tettenhall Wightwick councillors Wendy Thompson and Jonathan Crofts are now urging the council and the police to take action to secure the site over safety fears.

Mr Turrell said: “The condition of the former police station site on Tettenhall High Street is appalling. The back wall has been demolished, which has allowed people to trespass on the site and attempt to break into the building. It is only a matter of time before somebody gets hurt.

“The police station should never have been closed, and I know many residents were concerned to see the building vacated by the police. But it is imperative that the local authorities take action now to secure the site and prevent further damage.”

Tettenhall Wightwick councillor Jonathan Crofts added: “I have raised this directly with Wolverhampton Council and the local policing team, as the site clearly needs to be closed off to prevent access. There is evidence of people gaining access to the small outbuilding at the back of the site, and also some damaged glass where it looks like somebody has attempted to break in to the building.

“I will continue to work with the council and the police to get this resolved.”

The Commonwealth, G7 and NATO Summits