Stuart Anderson is the Member of Parliament for Wolverhampton South West. Having been selected by members of the Wolverhampton Conservative Association in 2018, Stuart went on to win the seat a year later with 48.3% of the vote. Stuart is married with five children and lives in the constituency which he is proud to represent.

Before entering politics, Stuart served in the Armed Forces. At the age of just 17, Stuart suffered a high-velocity gunshot wound to the foot. Stuart was initially told that his foot and possibly his lower leg would have to be amputated. The weeks of surgery went better than expected and Stuart’s leg was fortunately saved. Stuart was then informed that his military career was over, that he would never be able to run again, and that he would only ever walk with the aid of a walking stick. Stuart did not accept any of this news, and he undertook an extensive rehabilitation programme. Within one year, Stuart had returned to full service within the Army, going straight on active duty in Northern Ireland. Stuart went on to complete eight years in the Royal Green Jackets (now the Rifles), including three operational tours, and a variety of deployments.

After leaving the Forces, Stuart worked in the defence and security industry, operating in over 50 locations around the globe. He has briefed heads of the military and operated as a bodyguard for a foreign Prime Minister. For over 15 years, Stuart served the local community, and different charities, from fundraising for underprivileged children to serving at homeless shelters. Stuart says that a key highlight has been serving as a military champion and helping veterans who have given so much, a theme he continues to work on in Parliament. Stuart has run 79 miles in under 24 hours over every mountain in South Wales, raising money for a minibus for underprivileged children.

In 2017, Stuart was elected as a local councillor, gaining a large majority in a seat which had never previously been held by the Conservatives. On the 30th of January 2020, Stuart made his maiden speech in the House of Commons. He openly spoke about the mental health issues which he has faced in his own life as a result of his military career.

In Parliament, Stuart sits on the Defence Select Committee and is a member of the UK delegation to the NATO Parliamentary Assembly. He serves on several All-Party Parliamentary Groups (APPGs), including as the Vice Chair of the APPG on British Sikhs and the APPG for Veterans. Much of the Stuart’s work is focused on the Wolverhampton South West constituency where he has set out a clear plan for his time in office. Stuart’s plan covers five key areas – protecting our natural environment, creating economic opportunities for all, championing health and wellbeing, building a better future for young people, and working towards a cleaner and safer Wolverhampton. Stuart is a member of the Towns Fund Board and is in regular conversation with local stakeholders. Stuart is a keen runner and loves ultra-running in the mountains. 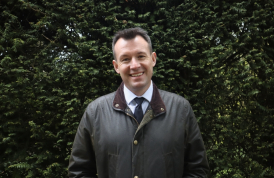