Jane is a proud Wulfrunian and is delighted to represent her home city in Parliament.

Jane was born and raised in Wolverhampton. Her father was from Northern Ireland and settled in Wolverhampton in the 1950s. He lived in Bushbury for the last 30 years of his life. Jane’s mother is from the Mattox family, whose roots in Wednesfield go back to the 18th century.

Before entering politics, Jane worked as a classical singer. Having performed with local orchestras while studying at Wolverhampton Girls’ High School, she won an entrance scholarship to the Guildhall School of Music in London. After completing post-graduate opera studies Jane freelanced as a soprano soloist for many years. She also taught singing.

Her singing engagements included roles with English Touring Opera and the Early Opera Company, and concerts in the Royal Albert Hall and Symphony Hall, Birmingham. International work included the HIFA Festival in Zimbabwe and concerts in the UAE and Uganda. European venues included Paris, Rome, Berlin, Salzburg and Vienna. She has also performed in Subotica, Serbia – one of Wolverhampton’s twin towns.

Jane has been interested in politics since her teens. She first attended Conservative Party Conference in the early 1990s with a group from Wolverhampton. The group included Nick Budgen MP, one of the original Maastricht Rebels. Having campaigned for Vote Leave in Wolverhampton in 2016 Jane decided to get more involved in the Conservative Party. Before standing for Parliament in 2019, she served as Deputy Chairman (Political) for the Black Country Area and was a city councillor in Wolverhampton. 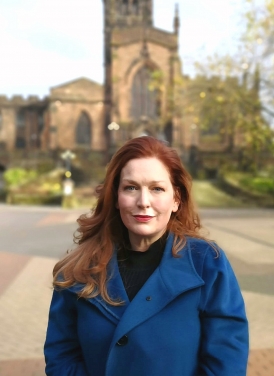