Ellis is a local resident in Compton who cares passionately about the local area and wants to represent the community interests of the Tettenhall Wightwick ward on the city council.

Ellis works in Wolverhampton and has worked very closely with Tettenhall Wightwick Conservative councillors Wendy Thompson and Jonathan Crofts to object to council plans for the area, including a housing development on the WEC site in Finchfield.

He believes strongly in protecting Wolverhampton’s greenbelt, which is already amongst the lowest in the Black Country, and instead wants to preserve it for the benefits it brings to the community.

He objected to the city council’s Garden Tax with a £35 annual charge for garden waste, and also opposed the cuts to bin collections from weekly to fortnightly.

Ellis wants to represent Tettenhall Wightwick as he believes it is a fantastic place to live, but he knows it can be a lot better and the council can do more to serve the local residents and improve the area. 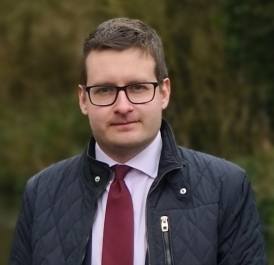